At CVS we’re all about safety and security. And, additionally, we happen to have quite a few Linux machines at the office. So, the following was of extreme interest to us; and, perhaps, will be to you as well.

According to The Hacker News, a new version of KillDisk ransomeware targets linux computers. In case you were unaware, ransomeware is a type of virus which encrypts your files—making it impossible to access them—and demands a ransom for the decryption key. 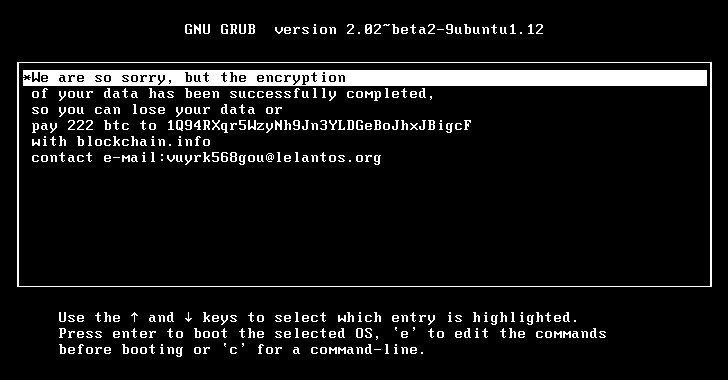 In this case, apparently, the demand is about $218,000 in Bitcoins. But, according to the article, if you pay it YOUR FILES WILL NOT BE RECOVERED.

So, it’s of utmost importance that you keep your computer systems a secure as possible from possible threats. And, if you are unfortunate enough to see such an attack against one of your Linux systems, don’t add insult to injury by paying this exorbitant amount.

About the Author: David Allen